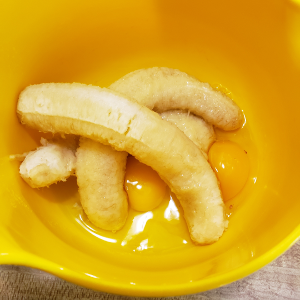 Mash that all together, blend it, cream it, turn it into a batter. Fry it in vegan margarine.

The first ones came out kind of droopy-floopy, but subsequent ones were marginally fluffier. I suspect that whirring the batter in a blender or with beaters instead of my feeble lick-and-a-promise would have resulted in a fluffier pancake. 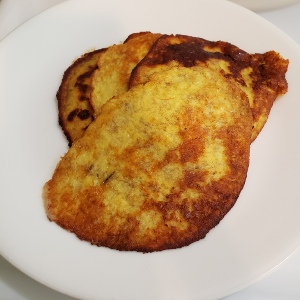 And I topped it with this, which I talk about on my blog today. 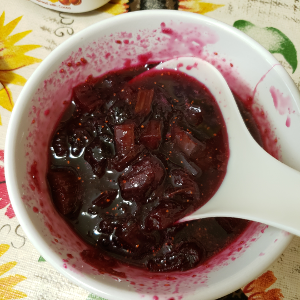 I think it would have been better if the bananas hadn't been quite so far gone. Not a disaster, though, not by a long chalk.