Your Jealousy is JUSTIFIED 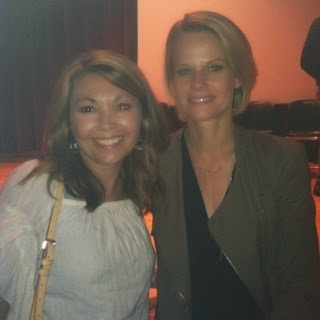 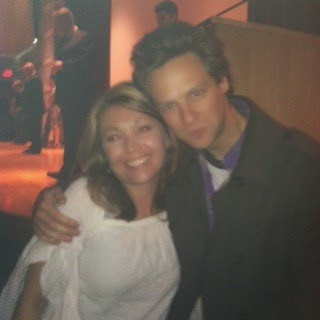 My last post was about the series finale of JUSTIFIED. Mere hours after I posted, my name was drawn in a contest. The prize was the opportunity to attend a special screening of the season finale before it aired on television. The screening was at Harlan County High School. After the screening, there was a q&a with writers, producers and actors from the show. It was an amazing day! JUSTIFIED fans, if that all does not have you green with envy, this might. Since I was in Harlan, Kentucky I got to eat at my grandmother's house twice. Good day and good food...Does it get any better? P.S. Photos are with two of the show's talented stars.
Posted by Lisa Hall at 10:25 AM

How much fun. You look very happy.

Oh, I was ecstatic !

EEEEE! I AM jealous!!! Were they wonderful?!