In writing the third Biscuit Bowl Food Truck Mystery, Fat Tuesday Fricassee, set in Mobile, Alabama, I came across an interesting fact. Mobile had the first Mardi Gras celebration in 1703, fifteen years before New Orleans was even a city!

French soldiers who were in Mobile at the time brought their celebration with them. Today, Mobile has a lively, and more family-based, carnival than New Orleans. Lundi and Mardi Gras, Fat Monday and Tuesday in French, is the end  of two weeks of carnival with parades and parties.

It’s the last chance to feast before the fasting that occurs during the weeks of Lent. It’s as good an excuse as any to party – and they do! There is extravagant food and drinks as well as behavior. It’s a great gold, purple, and green time of year (carnival colors).

Many of Mobile’s and New Orleans’ foods and events are similar. There are parades and ‘throws’ (beads, tiny stuffed animals, etc.) and even secret societies and krews who stage the parades. Don’t forget the moon pies!

One of the many things I’ve learned about is what many consider the official drink of Mardi Gras - Sazerac. It has been adopted by New Orleans as the official cocktail of the city and may well be the first mixed drink ever made in the U.S. 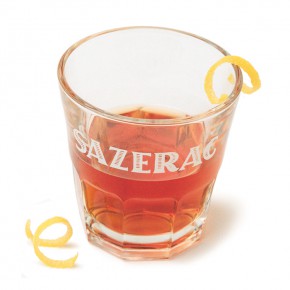 Sazerac is a potent, alcohol-based drink that incorporates absinthe, an anise flavored alcohol that is made from wormwood, green anise (where it gets its color), and sweet fennel. This drink was so feared for causing hallucinations that it was banned in the U.S. and many European countries for years. Only in the early 1990s did American companies begun making absinthe again when it was proven that the absinthe hysteria was groundless. The drink doesn’t cause any more side effects than any other potent alcohol. 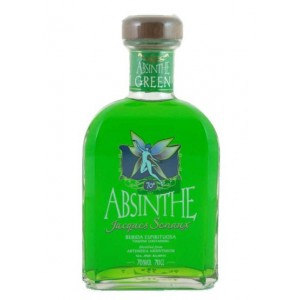 Sazerac was a ‘bad’ drink during those years but never completely abandoned. People partying during carnival in New Orleans or Mobile wouldn’t have missed it.

I had to try it and this is how it’s made:

Mix two ounces of rye whiskey with one half teaspoon of maple syrup with three dashes of Peychaud’s bitters. The secret to the drink is the absinthe. The glass must be chilled first and then misted or coated with it. Some people throw out what’s left, but if you want it stronger, leave it in. Mix the whiskey, syrup, and bitters with ice in a separate glass or shaker before adding to the glass prepared with absinthe. Strain into the glass, and add a lemon twist.

The green color is amazing, and so is the taste. Make this and you're ready to party!

I'll have some interesting foods coming up as I'm working on the book, Fat Tuesday Fricassee. Many of them are new to me. All of them are fun and delicious!

Look for the second Biscuit Bowl Food Truck Mystery, FRY ANOTHER DAY, coming in February 2015. Pre-order now and save money!