It's a specialty at Pie in the Sky pie shop in Durham, NC, right off the Duke University campus.

I'm Maggie Grady. My Aunt Clara and I own and run the family pie making business.

Lotsa Lemon Meringue (My aunt likes to name the pies) is one of our favorites!

You can try making it yourself!

Work shortening into flour and salt quickly until the particles are small as possible.
Sprinkle in cold water, only enough until the dough sticks together in a ball. It should be dry, not moist. Chill for at least 30 minutes.

After dough is chilled, place it on a pastry board or other flat, non-stick surface. Dust surface lightly with flour. Flatten the dough a little then use a lightly floured rolling pin to make smooth, even strokes from the center to the edge of the dough.

Turn the dough frequently to keep it round. Use an ungreased metal pie pan for flaky crust. Don’t turn the crust over when putting it into the pan. Leave rolled side up. Use your fingers to lightly press any cracks in the crust together. Flute crust, if desired.

Bake at 350 degrees for ten minutes when needed before adding filling. Otherwise bake with filling. 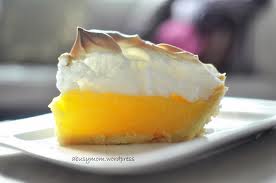 
Bake at 350 degrees for seven to ten minutes. Or until slightly golden. 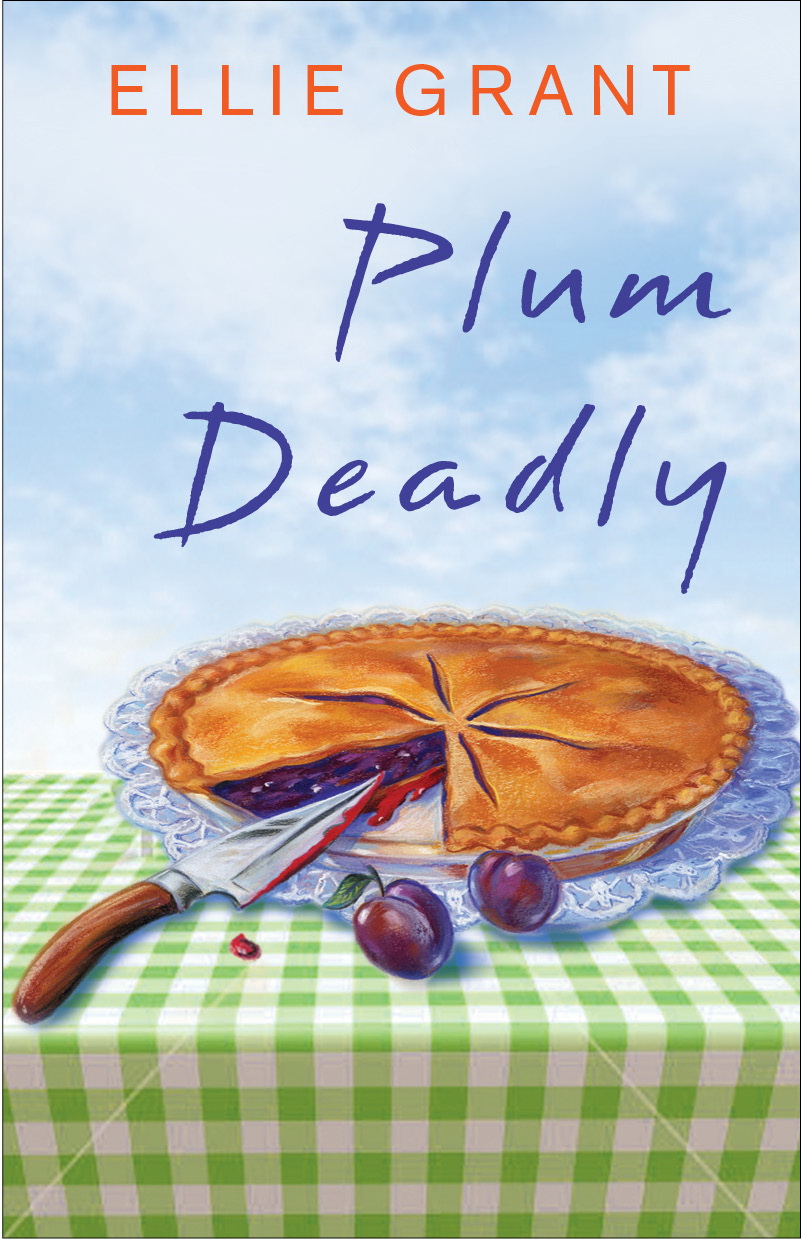 Leave a comment here and win an E-copy of the first book in the pie shop series, PLUM DEADLY.

This sounds delicious!! I love to cook and would also love to win the first book in this series of books!! Thanks for sharing recipes and other creative ideas!!

I love new series. This recipe will be tried soon. I know it will be awesome like your books.

Love all things food, especially baking. I get such a kick out of mystery series whose subject is food.

Looks to be a yummy read!

My favorite pie. Love to listen to books, as well as reading them.bobbipad at gmail dot com

this series sounds delicious and I love Lemon Meringue pie...Can't wait to read them!!!

Wow this really sounds good!! Might even try a few recipes!

Yum, just the dessert I need. Thanks.

I love a good piece of pie! My favorite is pineapple! Have you ever had a pineapple pie recipe in your books? Would love to try this series...it looks fun and tasty!

I'm sure this will be a delightful read, just like the rest of your books. Needed these recipes for Killer Recipes, the second edition. Wishing you and Jim all the best!

I would love to win a copy of your book. I love cozy mysteries and pies.

Can't wait to read it. Maybe I'll drink a glass of my Plum Dandy wine at the same time!

Love lemon meringue pie, must try this recipe. I've been wanting to read this book too but the price is too high. Hope I win.

Oh, that does sound good! Wish we could send some over the interenet.

Mysteries that revolve around food always get my attention and makes me want to read them. Would love to get a chance to read this one.

the picture is a bit scary but the book looks delish!

Send me your email to claim your PDF copy of Plum Deadly.

Thanks for stopping by, Susan Whitfield! Hope to see you soon!

The pie looks yummy , will have to make it for our picnic