Give a Warm Welcome to Joyce Lavene! 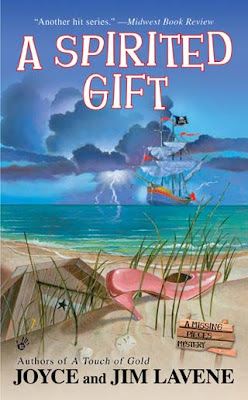 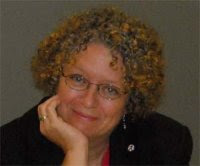 Say "hi" to Joyce Lavene! She's the newest member of the Fatal Foodies family, and she'll be posting on Mondays. Joyce and her husband Jim live in North Carolina with their family. They have been writing together since 1994 and published since 1999. Last year marked their 52nd book in print.They enjoy writing mysteries but are at home with fantasy, romance and non-fiction. The couple both work for their small, hometown newspaper, The Weekly Post. They are active in Sisters-in-Crime and Mystery Writers of America.

Their most current release is A SPIRITED GIFT, in which The Town of Duck, North Carolina is hosting a conference for local mayors when the tail end of a hurricane hits. As they dig out after the storm, a terrible secret is revealed – one of the mayors is found dead. While the killer tries to make it look like an accident that happened during the storm, Mayor Dae O’Donnell is convinced that the mayor has been murdered. What might be a simple investigation becomes difficult when her dead ancestor, the dread pirate scourge of the Outer Banks, Rafe Masterson, comes to ask her for help. Dae must keep all her wits about her to follow the killer’s trail using her unique gifts - and to help her pirate ghost find his way back home.

WELCOME, Joyce! Your book sounds like a lot of fun. Pirate ghosts are A Good Thing in a book. :)

Looking forward to your posts!