The idea for this post landed in my in-box earlier in the week. I didn't even open the e-mail, but the subject line was enough to get my perverse mind into gear. It read "Five Foods To Make You Look Younger!" So I began to think about foods that would make one appear younger...or, at least, childlike. And here they are:
8) 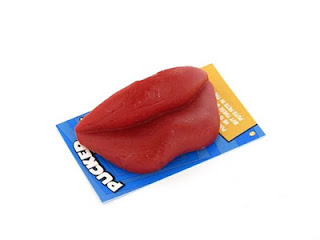 Wax lips - Okay, I know this doesn't really count as a food; but I wore these often as a child because I believed they made me look like Veronica from the Archie comics.

the classic beverage that screams, "I wanna go out and play!"

6) Cereal - extra "youth points" if you can recite the tagline and if you get excited if there's a prize inside.

5) Fun dip - Tried this one this summer. It failed to make me look younger because it was so sour it turned my face wrong side out; and, though still tasty, the stick was way harder than I'd remembered. But it might still work out for you.

4) Bomb pop - Extra points if you get this one from an ice cream truck. 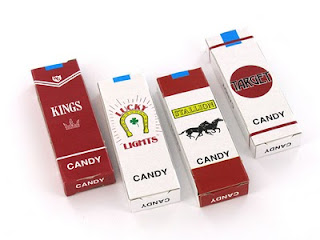 3) Candy cigarettes - If you're gonna smoke, do it right!
2) Candy necklace - Bling AND a snack! 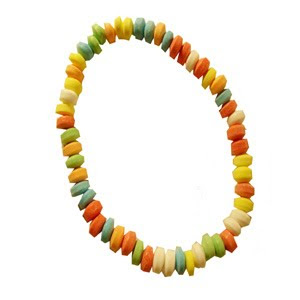 And finally.....
1) The giant swirly lollipop! Bonus points if your hair is in ringlets and you can skip. Remember those lollipops that were shaped like cylinders? When I was a freshman in college we'd lick the top end and stick them to the ceiling of our dorm room. A youthful decorating tip.

Love your way of thinking! Such a cute post.

Donis, you should totally do a post on youthful and inexpensive decorating for the college dorm! ;)